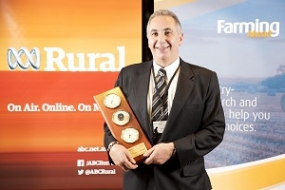 AT times farmers are faced with forks in the road, difficult decisions to be made out of necessity, and the nature and difficulty of the decision still lingers for many.

But the innovation of LT’s Egg Farm owner Brian Ahmed has helped transform the family egg farm into a thriving business, and he is adamant that clear decisions have steered his business in the right direction. An active community member, Ahmed has been involved with the Victorian Farmers Federation since 1990, holding numerous positions in the group including board member, and is the current Egg Group president.

LT’s Egg Farm was established as a family business in 1970, and while it began with a mixture of 1500 free range and caged birds, it now houses 20,000 laying hens which lay roughly seven million eggs per year.

Forty years after the family egg farm was established, the business entered into the retail and hospitality industry under the banner of Wyndham Cache, developing products to complement the farm’s egg and poultry products.

He believes the new direction continues to benefit the ever-expanding business.

“Diversification has provided the business long-term security and a sustainable model,” Ahmed said.

“The Diversification Farmer of the Year Award reassured us that we were heading in the right direction as a business and it has also given our long term customers and new customers confidence in our products.” 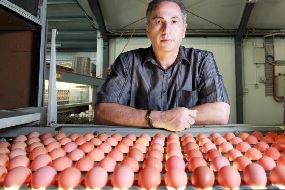 As a second-generation egg farmer passionate about progressing and continuing my family business, I am offended by claims the caged-egg “brand” is so damaged in Australia it may not be viable for much longer. 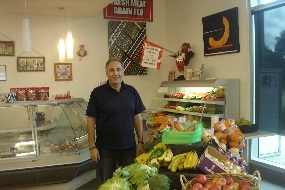 While the egg may have come first for Victorian farmer Brian Ahmed, what followed was far more diverse than simply chickens. Since inheriting the family egg production business, Brian – in partnership with his wife and brother – has diversified into not one but three other separate enterprises. Brian’s only regret about diversifying is that they did not do it sooner.

Brian is managing director of LT’s Eggs, a wholesale supplier of eggs in the Werribee region of Victoria. What began as a small-scale operation with just 500 birds now produces about 2000 dozen eggs a day from 30,000 birds.

He also operates a retail outlet called Wyndham Cache, selling eggs as well as a range of gourmet food products, including poultry. Alongside this retail outlet is a cafe/restaurant offering breakfast, lunch and dinner and a functions gallery. Finally, he is managing director of Pakogen – a packaging supply business that counts Coca-Cola, Etihad Stadium and the Melbourne Cricket Ground among its customers. 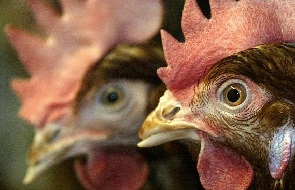